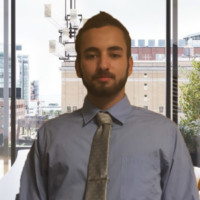 After going through the educational system here in the US, I never looked deep into what these standards are or how they’re organized. It turns out its a very organized pathway of learning that clearly highlights what it expects students to learn. Whether or not this is the most optimal way of teaching is another story but its what we have to work with.

Getting told to develop a game that covered section 5.NF.B.5.B of common core was a bit overwhelming, however after researching we quickly found the official section outline, along with study material online from teachers.

Once we knew exactly what to cover designing the game was the next challenge.

Figuring out how to design a fun experience that covers all the topics mentioned above was a heavy challenge. The game needed to teach something very technical and precise. I decided that a cooking themed game would be the best decision for building an experience that revolves around fractions of things.

In the game you play as a chef at a restaurant and begin in a small food stand and eventually upgrade to a full restaurant. You have to complete people’s orders before they get frustrated and leave, estimate how much product to order for your warehouse, and fix catering orders.

We also wanted to include a way of guiding the player and making it seem organic so we decided to open the game up with a tutorial led by a head chef.

Building a Sense of Reward and Pace

The game has the player racing against the clock to complete questions and tasks that come up in the regular day to day operations of a restaurant. Once the timer on the clock runs out the question goes away and is marked as incorrect.

Pace is built up by using the clock as a way of forcing the user to finish in a timely matter along with the anxiety of frustrating your customers by taking too long. Audio is also used to make the final seconds more intense. Additionally text is shown displaying the score you have so far.

Rewarding the user we use the cheerful and encouraging comments from your head chef and we also use effects and audio to give a satisfying ending to a question.

There are three minigames that will appear as you play through the game each with their own system and target a different section of our overall teaching section.

The warehouse minigame tests the player on their ability to understand shrinkage and growth when multiplying fractions. This is the first game that appears to the user and is explained by the head chef using text and tries to be as clear and technically correct as possible when conveying the concepts.

In this game, the order was sent out incorrectly! The user needs to make the appropriate adjustments to the order and send it out again. This second game focuses on teaching fraction visualization so that they can be ready for the next and final mini game.

This was originally the main game concept but our need to expand on more basic concepts with fractions led to the creation of the other previously mentioned games. In this game the user needs to fully multiply fractions for each ingredient and display it using on the ingredient itself.

When the user enters something they think is correct but ends up being wrong or has absolutely no idea how to solve the question you need to be able to explain concisely what the issue was and how to solve the problem in the future. This was more difficult because of how modular the design was and was intended to be randomly generated. We had to craft a system that analyzed questions and built an explanation sequence using any values we feed it. After feedback from Legends of Learning we were able to finalize the explanation. It will display the correct answer followed by the steps to get to that answer with an animation to go with it.

To conclude, designing an educational game was a challenge and we had a lot of feedback from the publisher for our game. The topic didn’t allow for as much creative freedom however we were able to fully complete the game in a timely matter and it is used in classrooms across the US to teach fractions to students and that’s the main objective.